Vancouver Island is easily one of the top travel destinations in Canada.  In this Vancouver Island travel guide, we help you discover the hidden gems and experiences that make the West Coast such an amazing place to visit.

Vancouver Island is Canada’s ocean playground, but you may not know that it is also a vast mountain paradise as well!  The epic mountains and hiking opportunities make Vancouver Island one of the best places to travel in Canada. 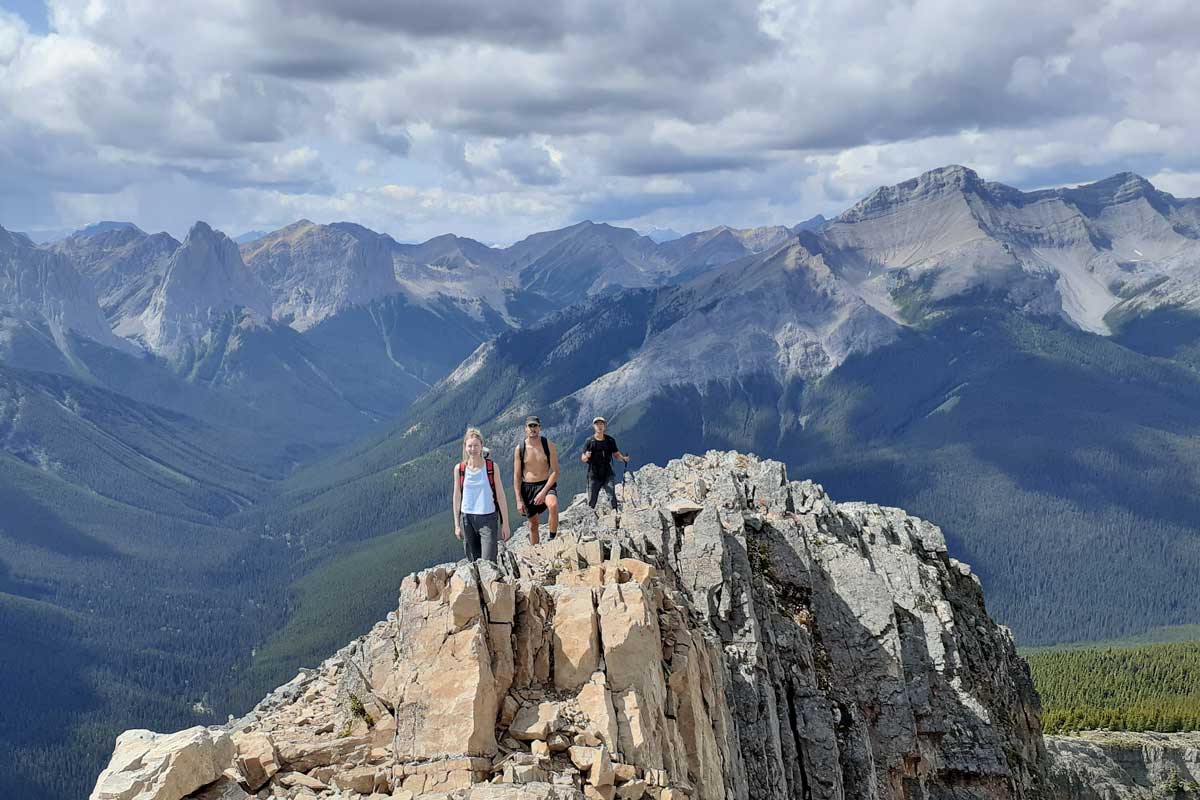 From lush rain forests to panoramic alpine ridges and summits, British Columbia is the ultimate hiking destination in Canada.  Hike endless trails in the mountains, on the coast or in between, discvering a world of hidden alpine lakes, picnic spots and glaciers! 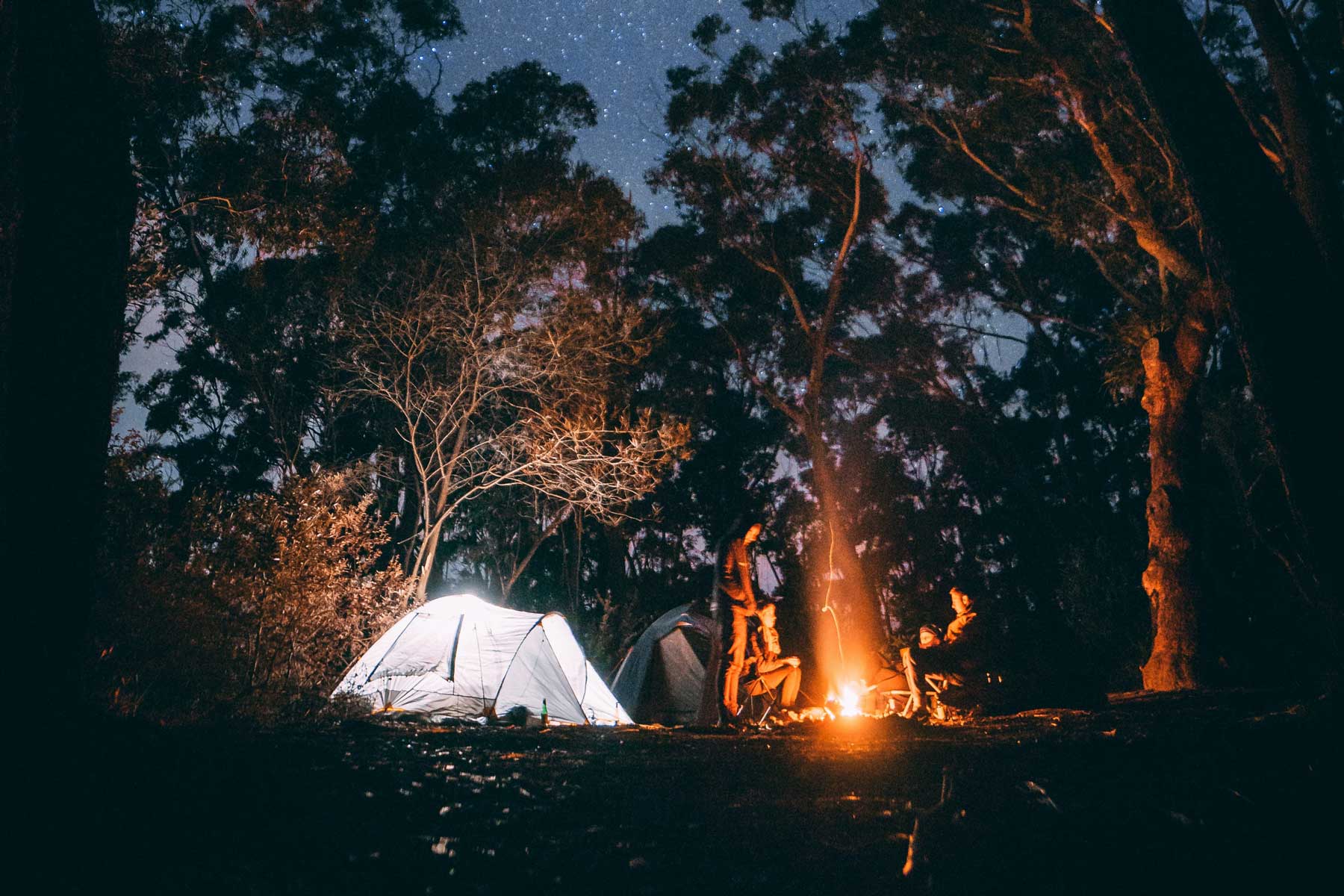 A haven for RV and tent campers, British Columbia has thousands of beautiful camping spots, many of which are available year round.  With a variety of climates and a lifetime’s worth of lakes and viewpoints, this place has all the camping adventures you could ask for! 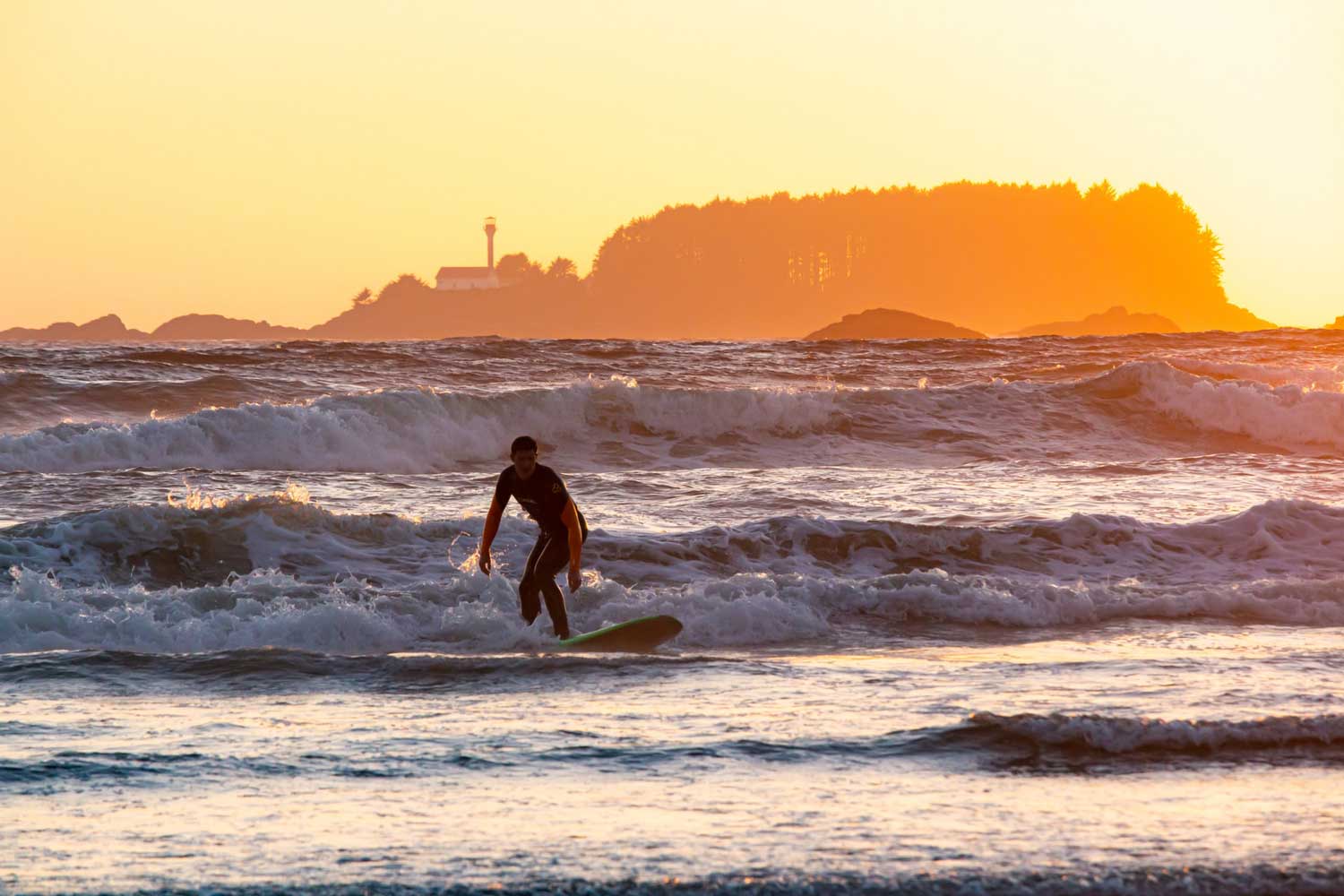 Consistent waves coming in from the vast Pcific Ocean make BC a year round surf destination in Canada.  Head to Tofino or other parts of Vancouver Island’s west coast and find your groove on a surfboard. 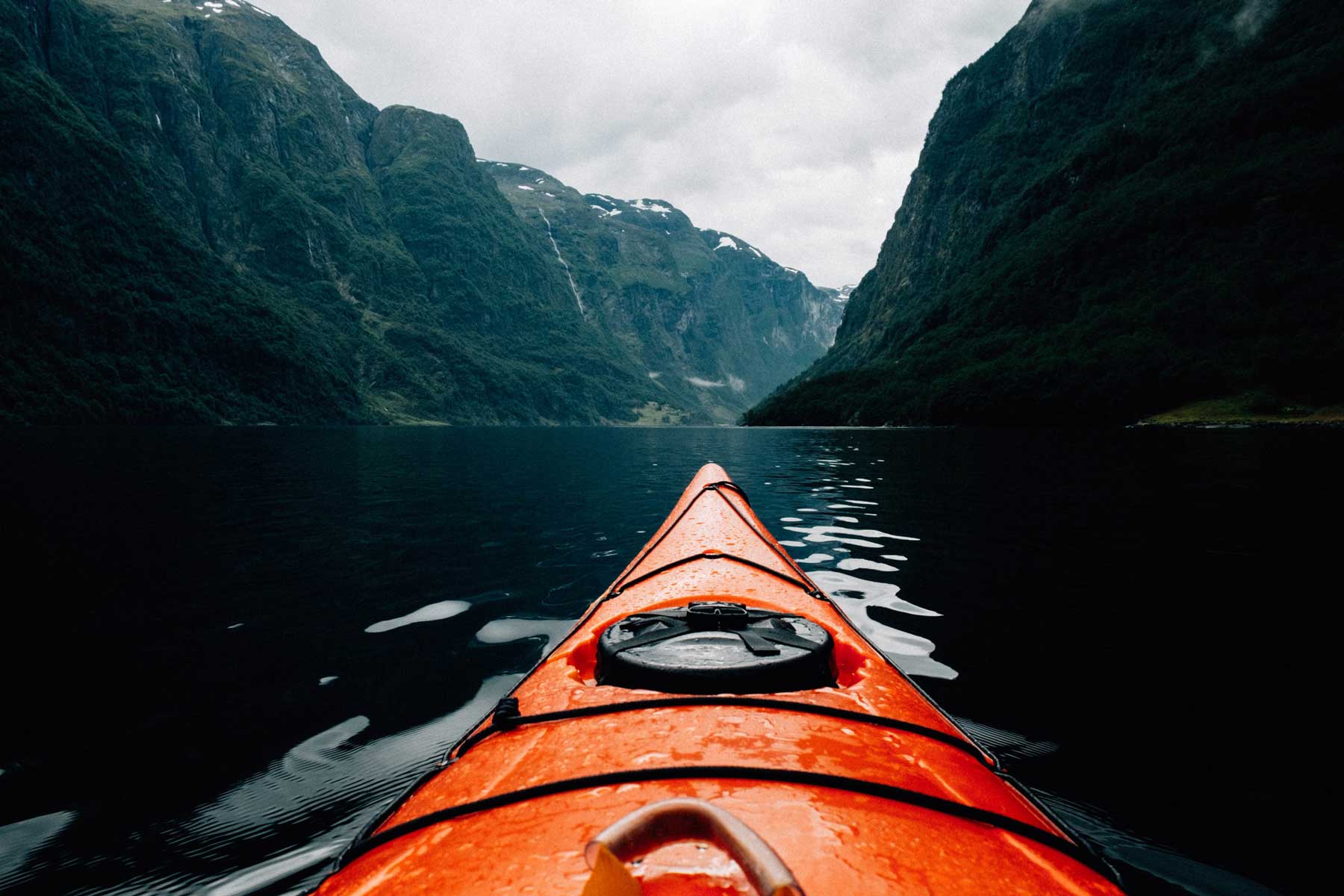 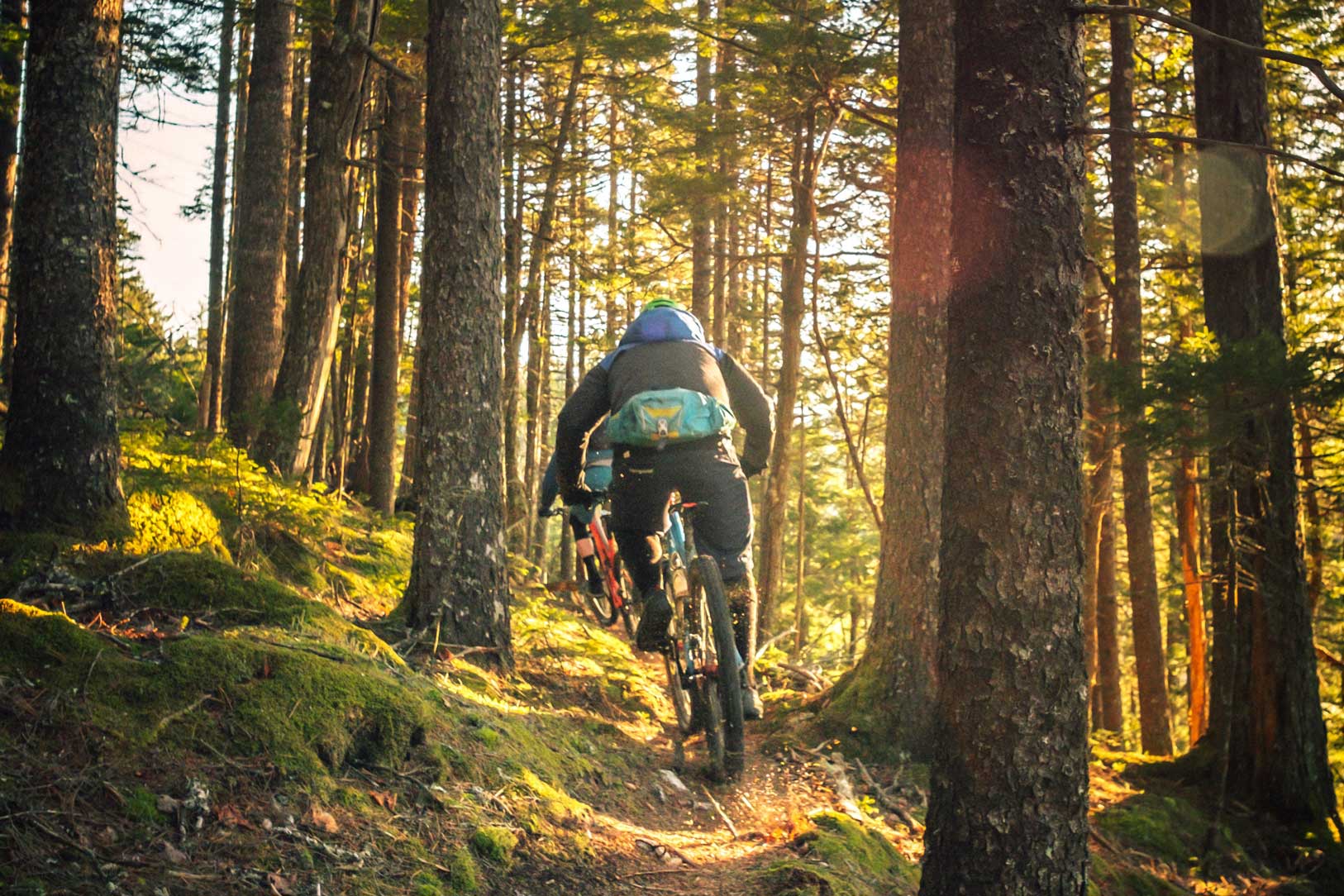 Rich old growth forests meet gargantuan mountains, making BC the ultimate place to go mountain biking in Canada.  From technical trails on the coast, to cruisers further inland, this province is the perfect mountain biking destination. 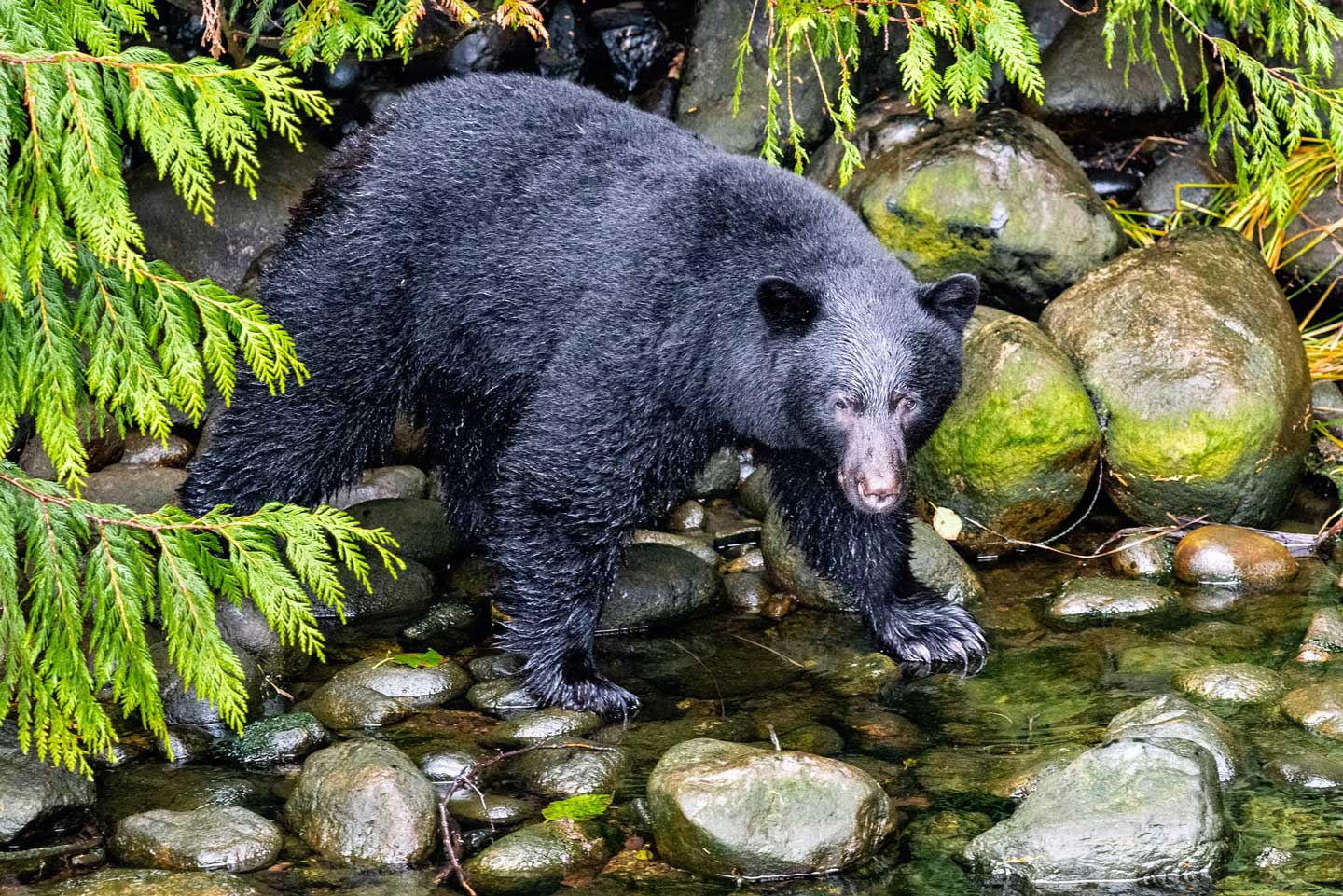 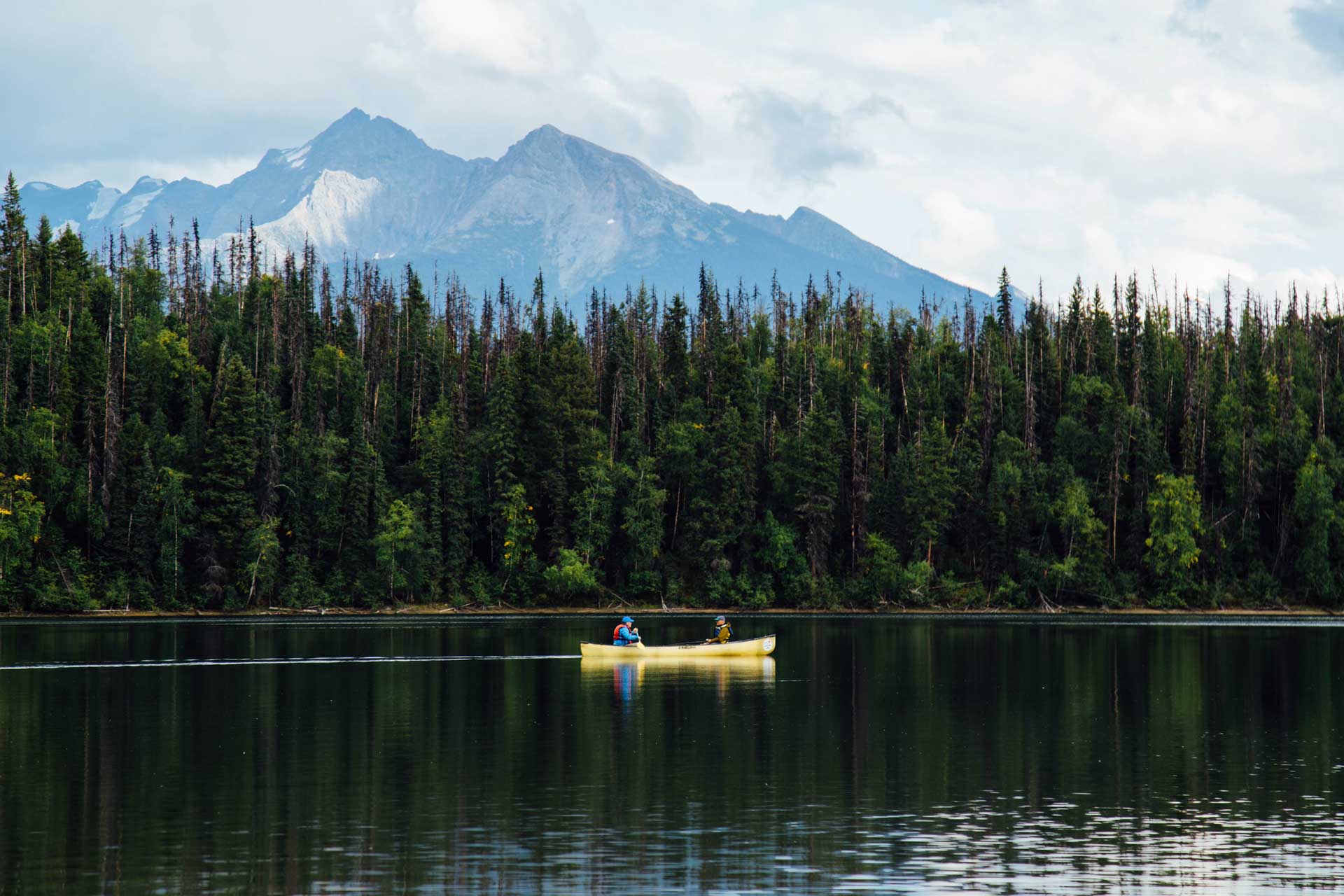 Though BC lacks the long canoe expeditions found in many other areas of Canada there are thousands of lakes to explore by Canoe, and several multiday trips you can head out on. The scenery is certainly hard to beat! 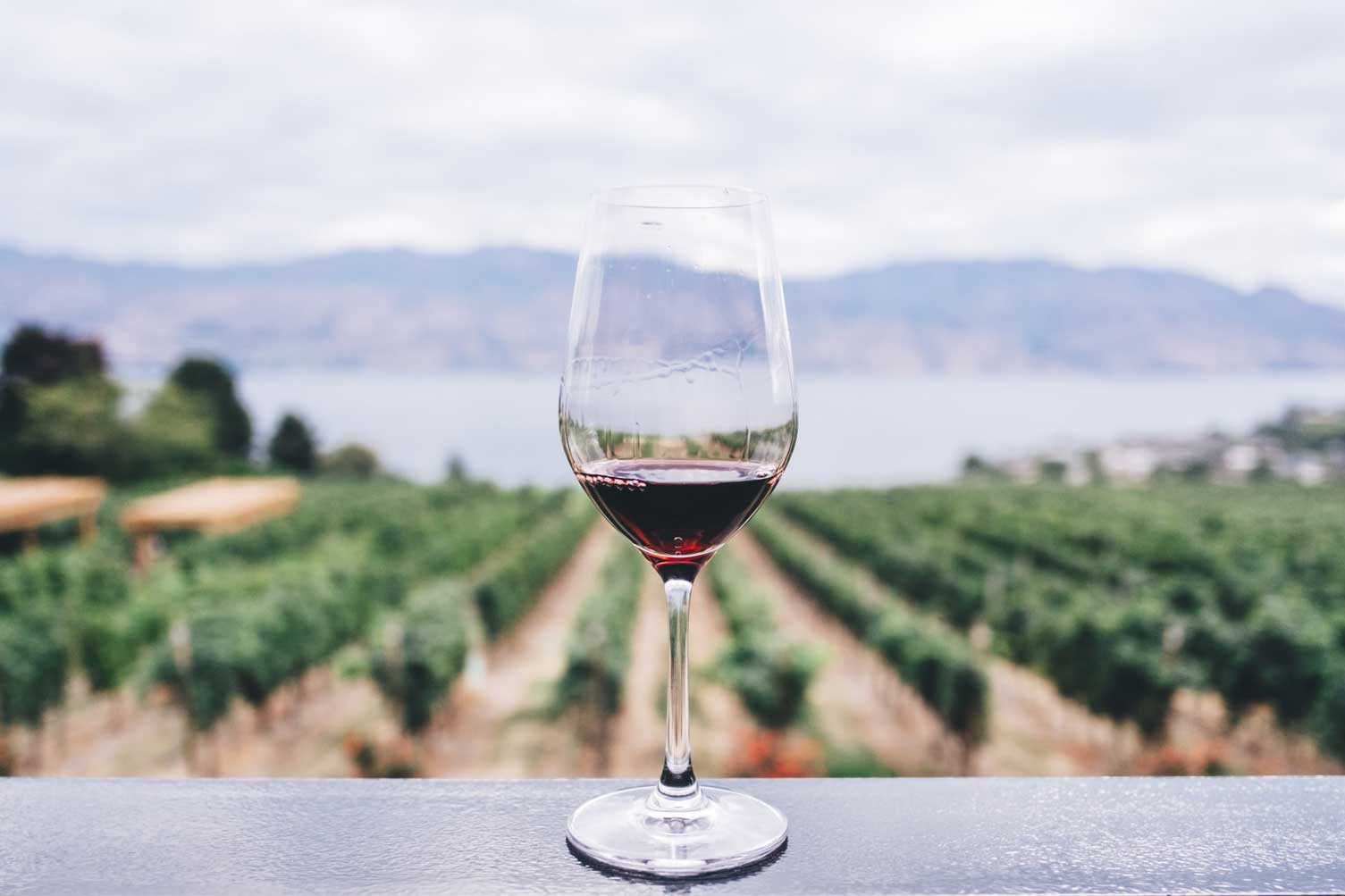 With several of Canada’s fastest growing wine regions and over a hundred breweries pumping out delicious craft creations, BC is the place to be for all things craft.  Explore our wine regions or add a brewery to your day hike! 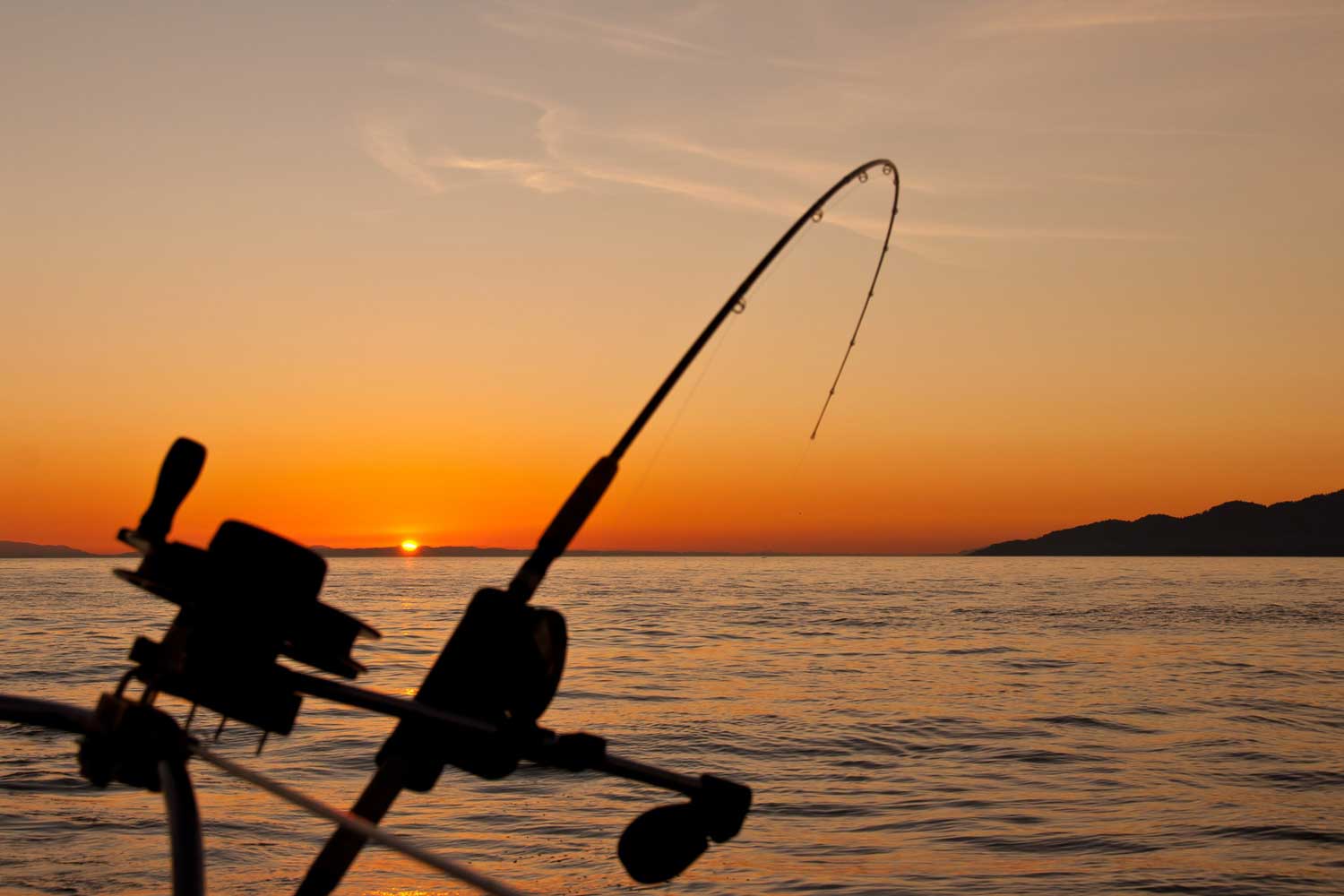 The West Coast is an incredible fishing oasis with waters full of salmon, halibut and many other amazing catches.  The sea food is unbeatable and there are fishing charters in every seaside town.  Try your luck! 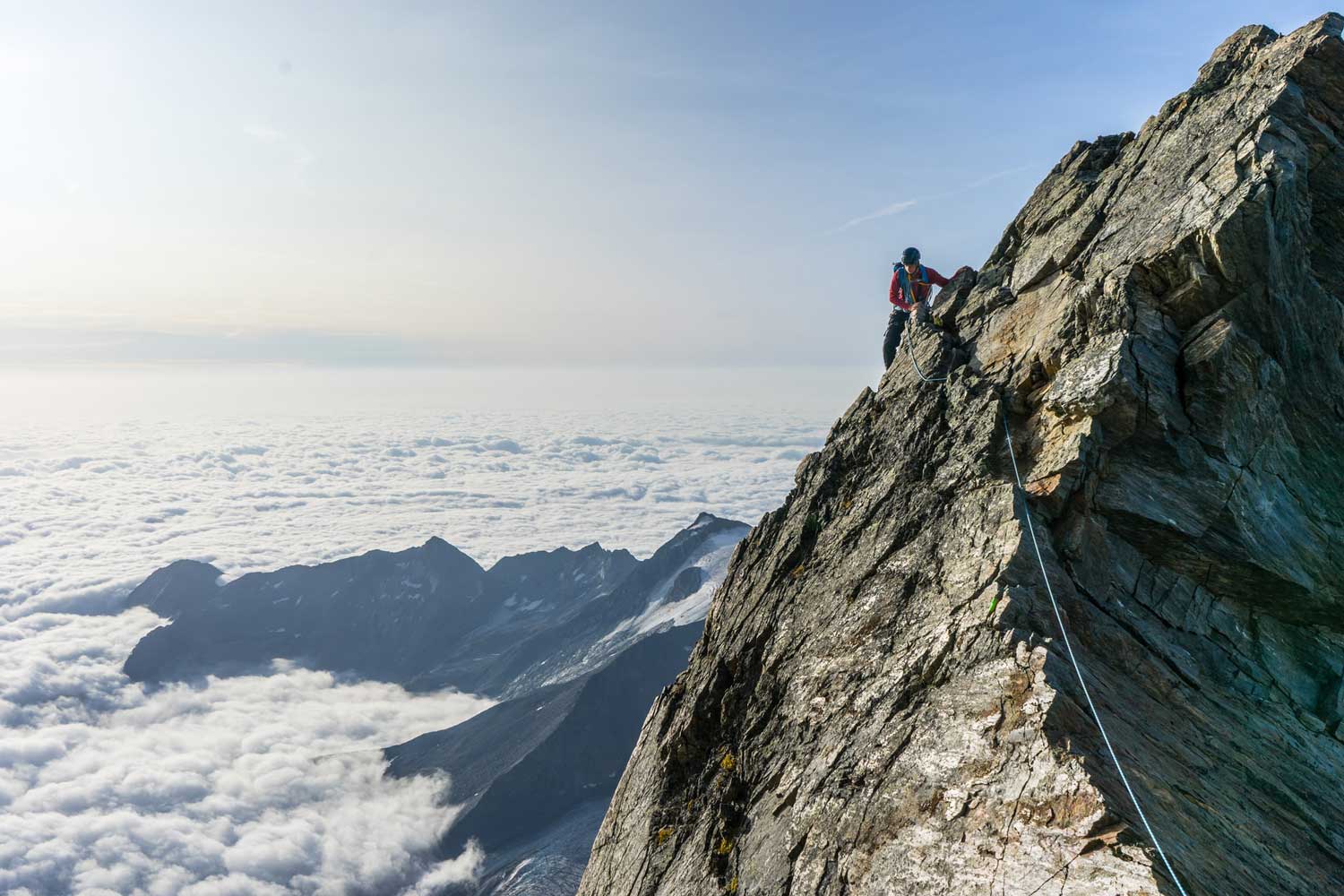 British Columbia is a mecca for climbers with sport climbs all over the place, and bucketlist worthy alpine objectives found in every mountain range.  Head to Squamish for the ultimate climbing trip! 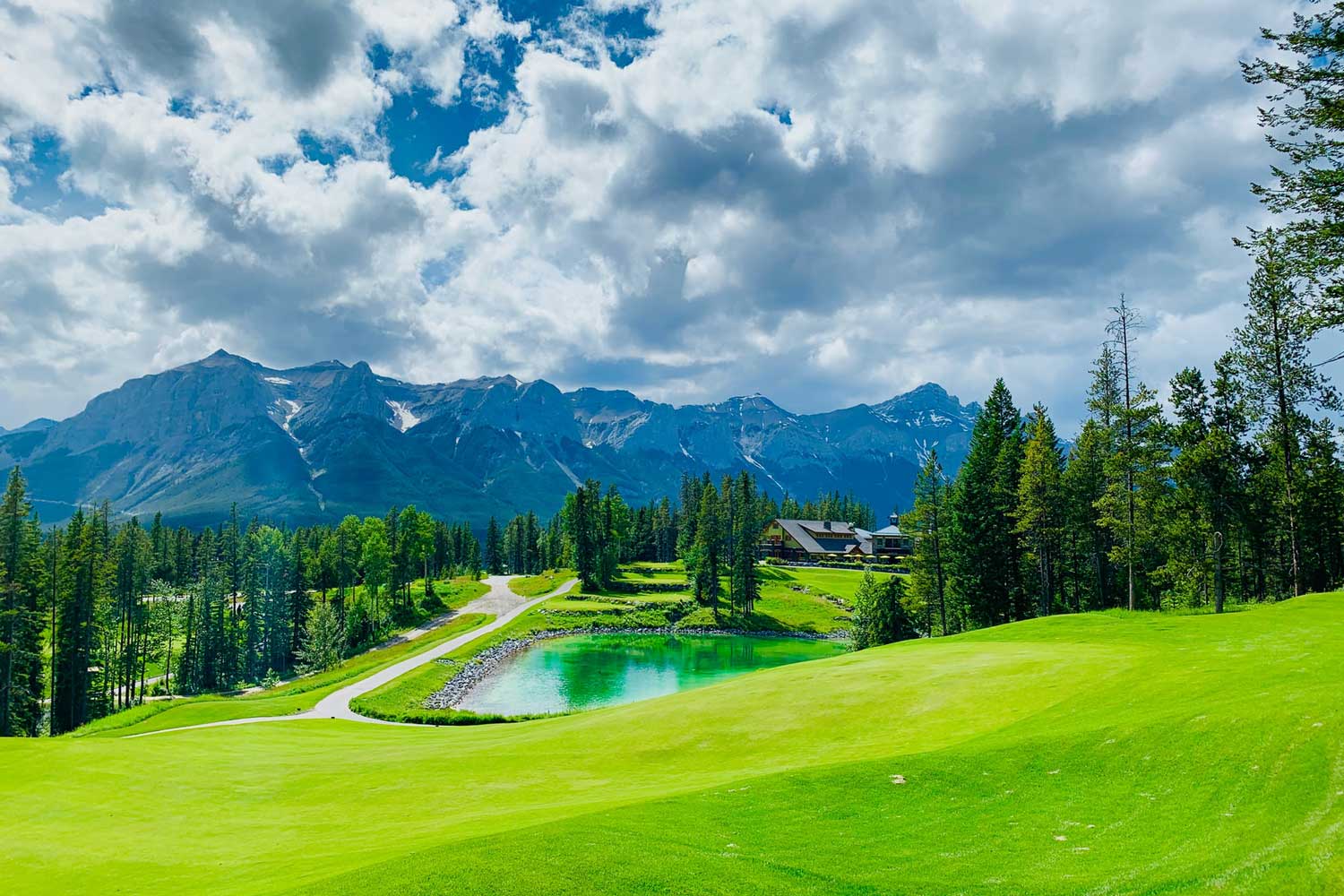 While British Columbia is a haven for adventure sports, it also offers excellent golfing opportunities for the softer adventurer.  There are golf courses all over the province and the views are well worth the trip! 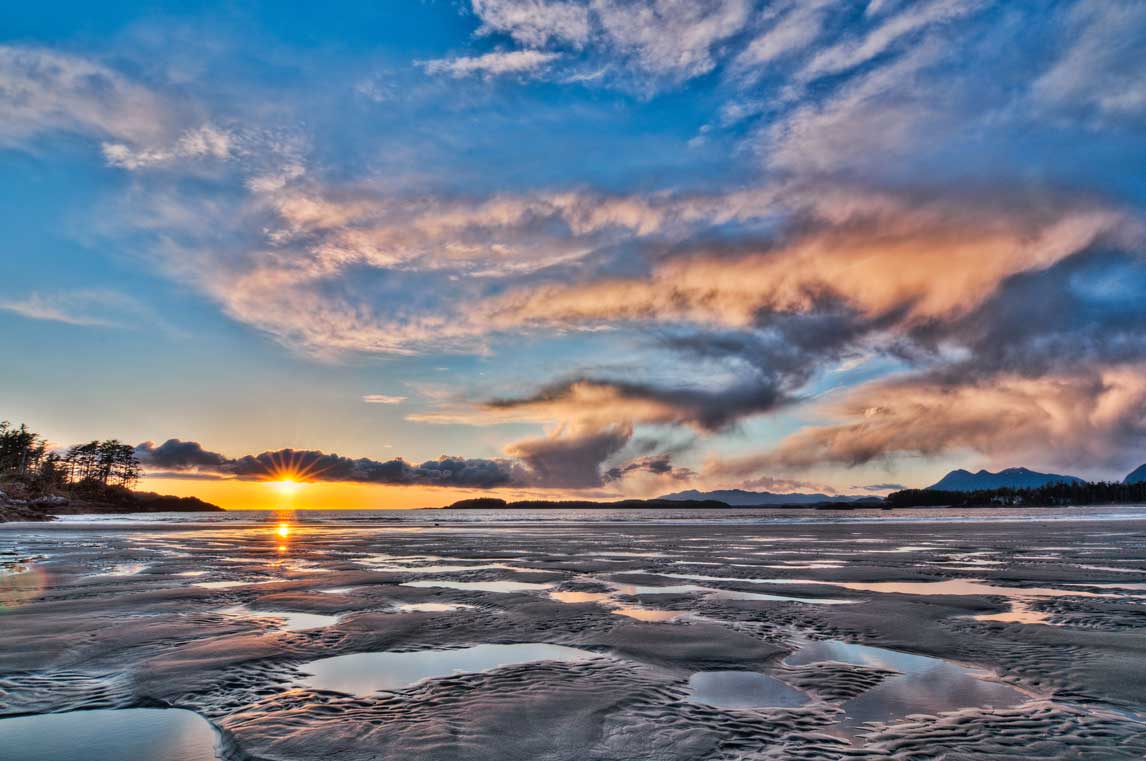 Pacific Rim National Park is the ultimate destination for those searching for untamed nature, and lots of it.  Sandy beaches, lush rain forests, salty ocean air and inlets teeming with wildlife are just some of the attraction of Pacific Rim.  Come and see for yourself! 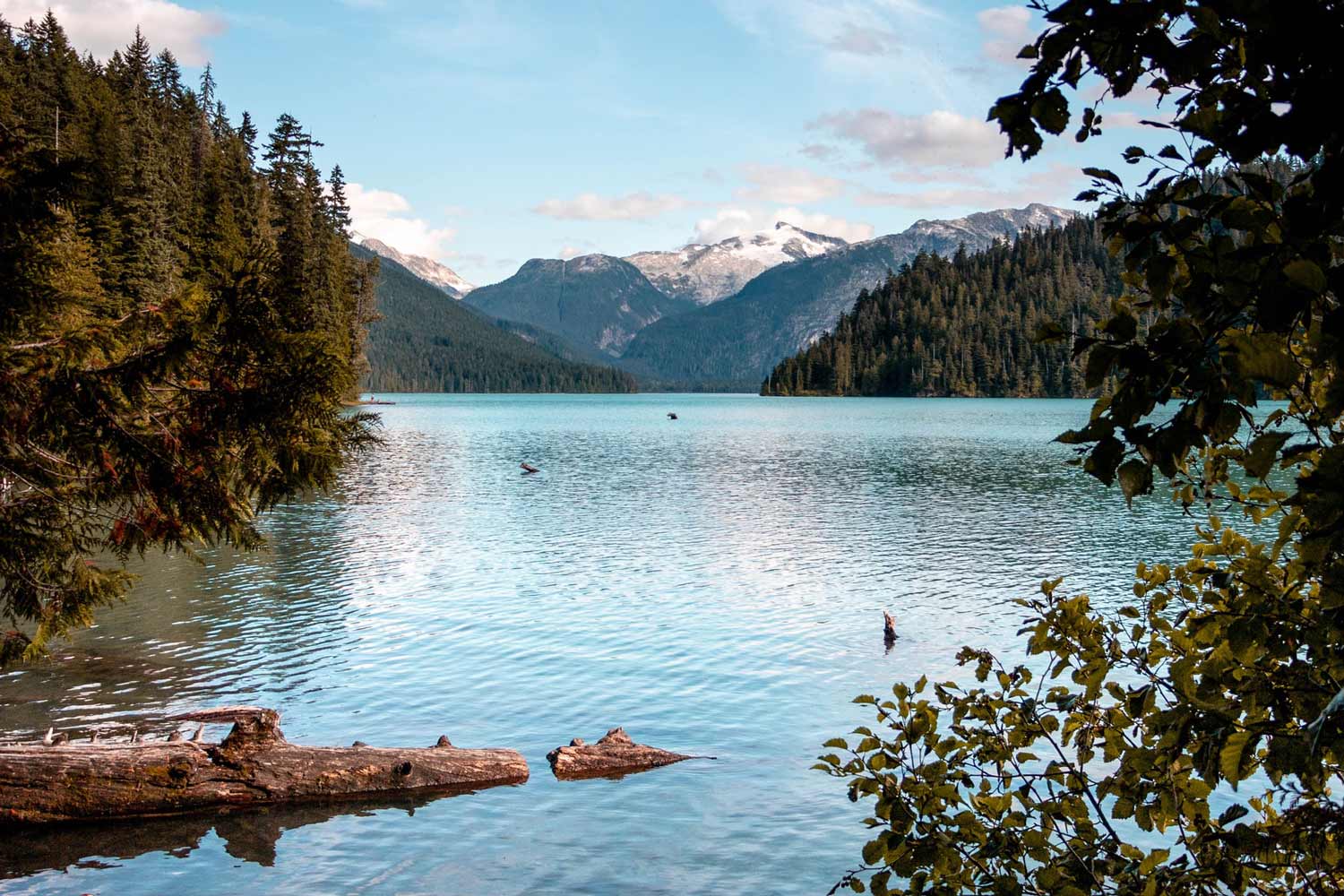 One of the most fascinating things to behold on the West Coast are the mammoth forests, filled with trees that have been standing guard for nearly 1000 years.  Cathedral Grove is the perfect place to experience the forest at their uptmost and makes an easy stop along the way to the West Coast of Vancouver Island. 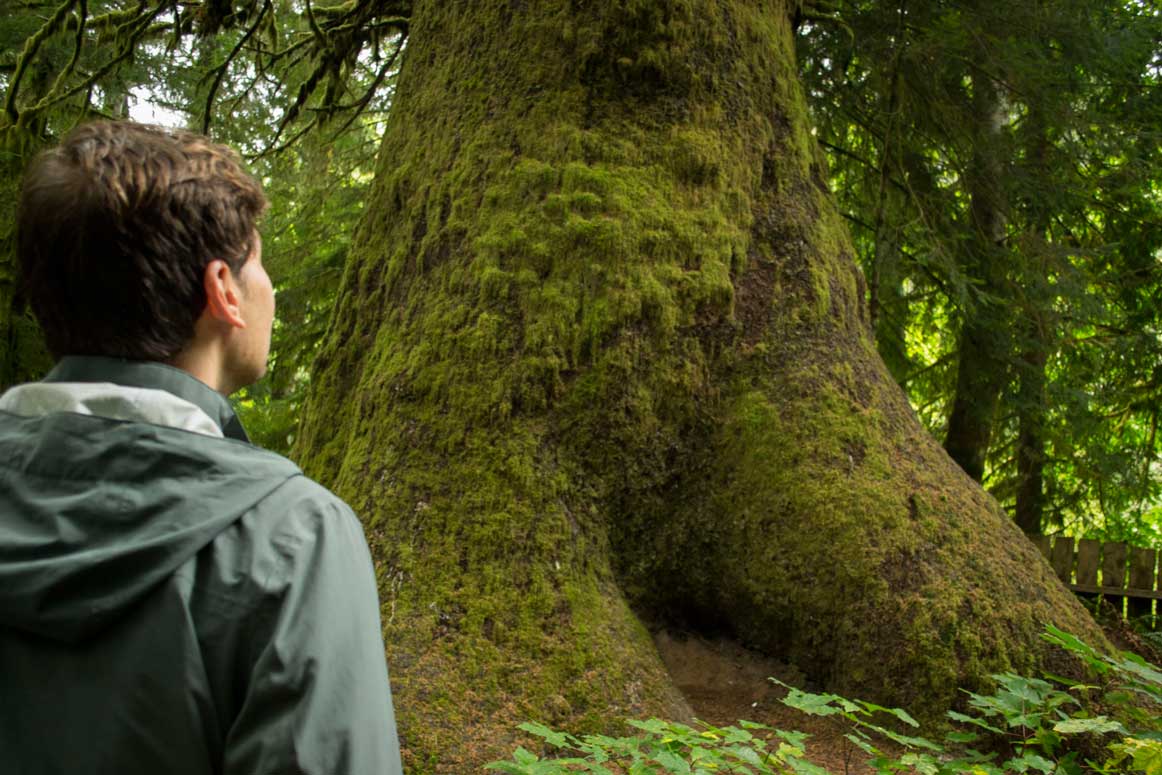 Juan De Fuca Provincial Park is one of the best places to go on Vancouver Island, with endless mature forest meeting endless rugged ocean coast.  Sea caves, waterfalls, towering trees and wildlife- you get it all here.

The Best Places To Visit On Vancouver Island

Endless sandy beaches meet the salty waters of the pacific in Canada’s surf capital.  The perfect place to go surfing, fishing, paddling, hiking and to relax!  Tofino is a must see destination in Canada! 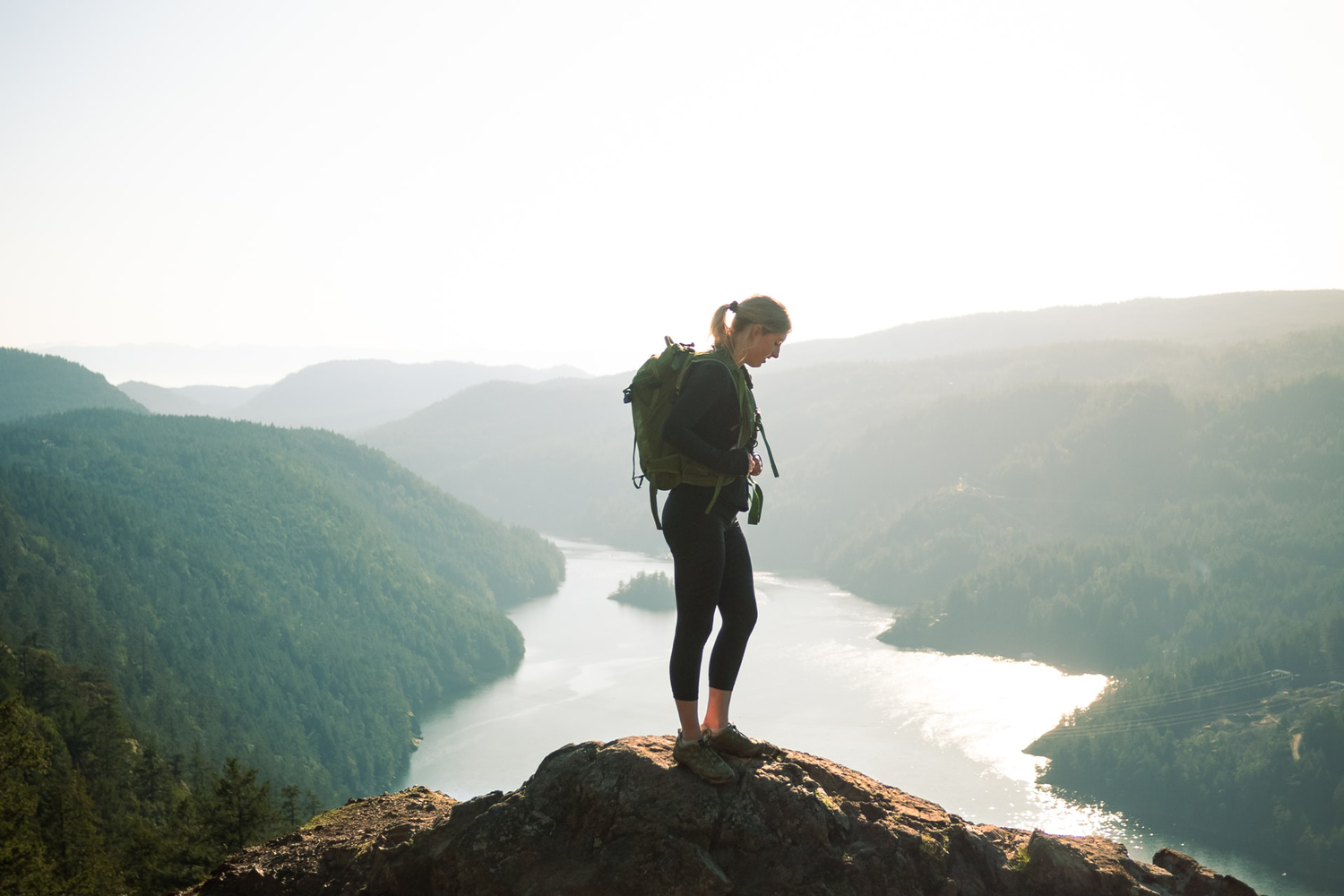 Expansive Pacific views from the top of Mount Doug, to lush waterfall hikes and Saturday morning markets by the seaside are just some of the things that make Victoria one of the best travel destinations in Canada.  Did we mention the warm winters? 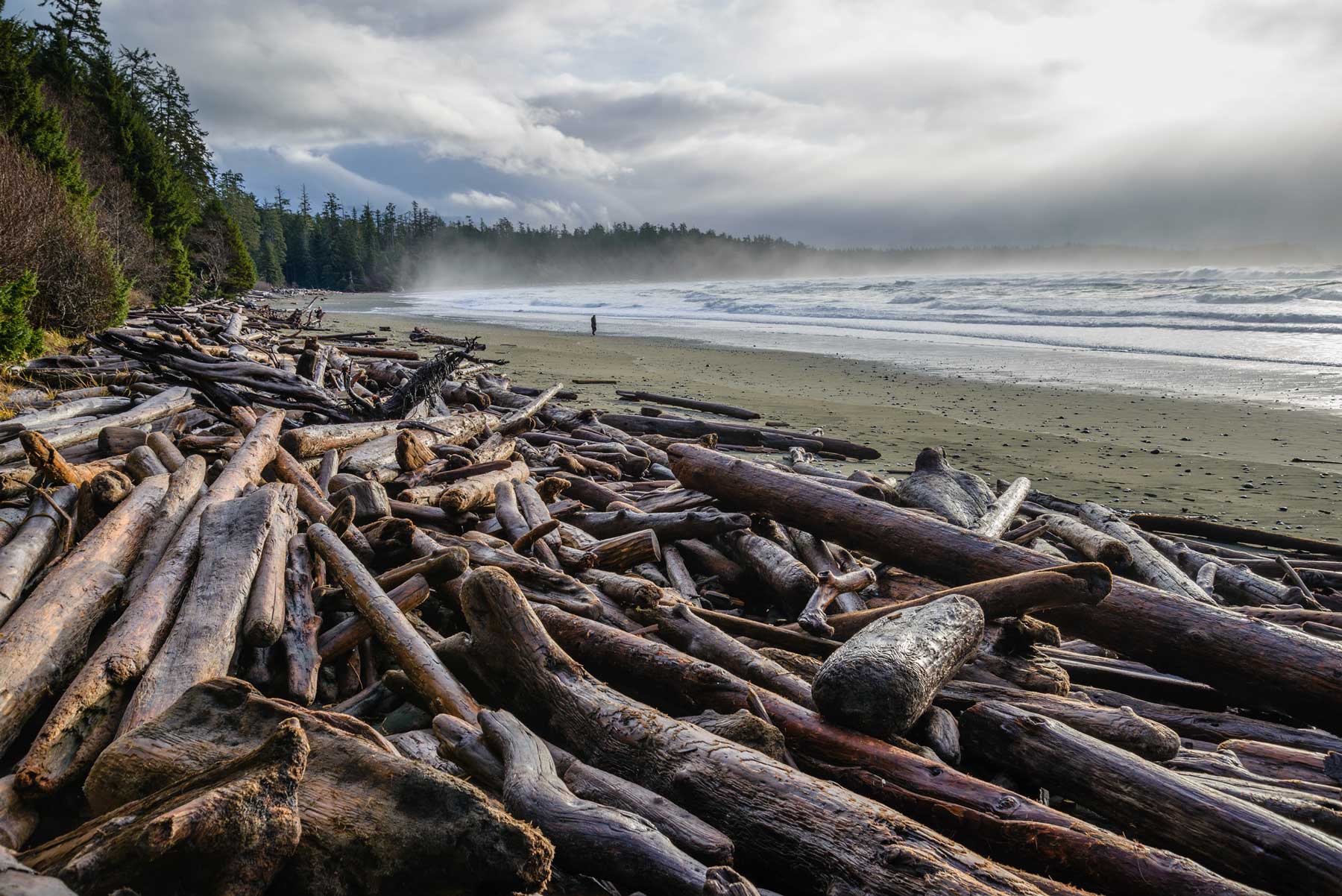 OK, so really we mean Courtenay, Comox, Cumberland and Cambell River which combine as an absolute paradise on Northern Vancouver Island.  Paddling, mountain biking, hiking and wineries collide into one amazing Canadian Destination!

Explore Canada's wildest place with expert local guides at Fresh Adventures. Offering hotel based hiking tours and backpacking trips on the West Coast, Rockies and Yukon!
Check It Out!

Getting To/ From Vancouver Island:

You can access most of Vancouver Island by driving, although the roads are windy and travel takes longer than the distances suggest.  Highway 19 travels from Victoria to the northern tip of the Island, and Highway 4 is the highway to get to the West Coast.  Highway 14 is a lesser travelled and rougher highway along the Southwest coast, which is a great scenic drive in the summer.

You can easily fly to Vancouver Island, usually through a connection in Vancouver or Calgary.  The largest airport on Vancouver Island is Victoria International Airport.  Since the bus companies offer pickups at Nanaimo Airport, I would recommend considering Nanaimo Airport if you are heading to the West Coast of the Island.  If you are planning a trip to the North Island, I would recommend flying into the smaller airports in Comox or Campbell River.  Pacific Coastal Airlines is a great choice to access many of the smaller airports, including Tofino.

Getting Around The Island By Bus:

Vancouver Island is actually the easiest area in BC to tarvel by bus with several bus operators offering daily service connecting various parts of the Island.

When are the best times to visit Vancouver Island?

That being said, there are several parts of Vancouver Island that experience different weather systems and climates than their neighbours.  Victoria, for example, gets a fraction of the rain that the West Coast gets, because Victoria is hidden behind the Olympic Peninsula in Washington.

On the other hand Tofino gets more than three times the precipitation that Victoria gets, and is also ten degrees colder each year on average.  With all that rain comes the lush rain forests that we love to explore and photograph of course!

The best time to visit Vancouver Island for summer weather is from June to mid October.  You can still get some grey and rainy days on the coast, but it is usually really hot and dry, surprisingly.

Is Vancouver Island Really Worth Visiting?

Vancouver Island is a funny destination because those who have been there absolutely love and worship it, but if you haven’t been there it’s not as famous as destinations like the Rockies and Whistler.

Vancouver Island hase an unbelievable amount of pristine wilderness, as well as wildlife galore.  It’s so common to see bald eagles and a variety of marine life that the locals barely turn their heads!

Adventures Canada features the best travel and adventure experiences in Canada.  We help visitors and locals connect with the wilderness and find new experiences near them.

Adventures Canada (adventurescanada.ca) is a property of Fresh Adventures Ltd and operates under Consumer Protection BC license #76736